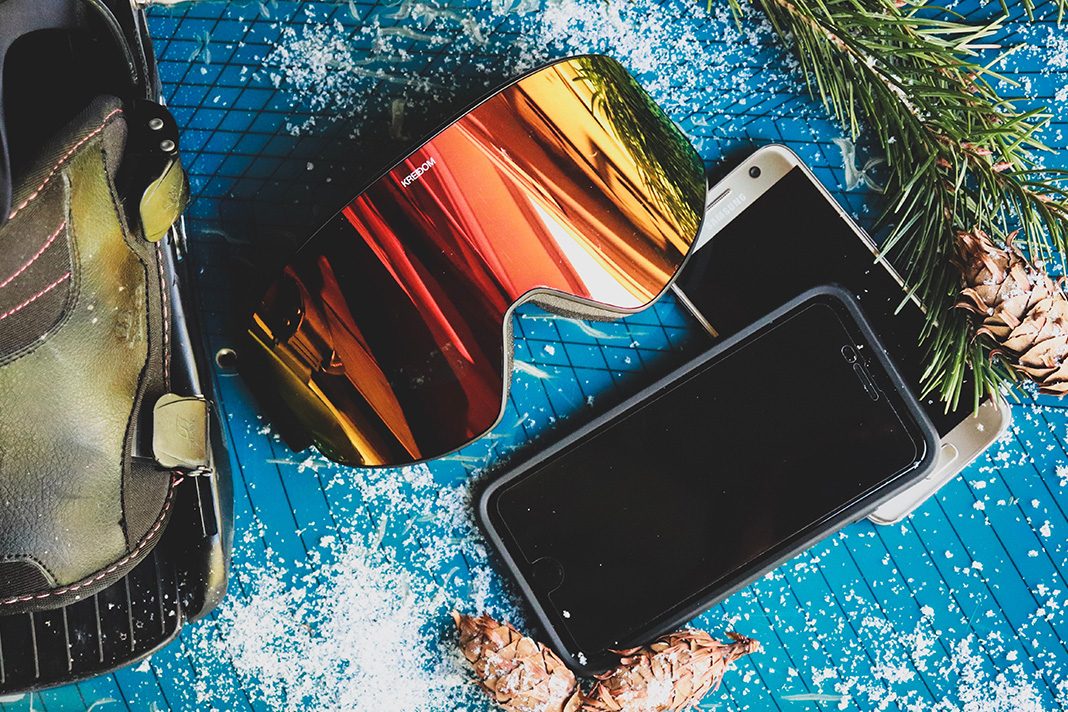 Before reading this article, you should know what is rugged smartphone and why you should use one and which one to choose. Then you can proceed through…

What is a rugged phone – the meaning of the word rugged is something tough, rough and not so elegant looking. These rugged phones are exactly like that. These are very tough looking and bulky, rough, grippy and bold looking smartphones specially made for hard use. They are water-proof, drop-proof, dustproof and definitely not bulletproof – also they provide a good and tight grip. They are smart, but not too smart like other phones but still effective. Since all those phones protects itself from drops, I’m not going to mention it in each item again and again.

Why should you use a rugged phone – because you want it… If you are a person who is doing anything like cliff hanging, hiking, traveling, sailing, fishing, riding or doing sports or working at a constructional site you must use a rugged phone. Just don’t buy only a rugged phone for your use. Keep it as a backup one only to use when doing those works I just mentioned. (I think any full time outdoor activist should use a rugged phone).

Which phone should you choose – choose one that matches your preferences and your wallet, you will understand it after reading this article from BestCaseEver.com

This table compares the specifications of all the seven phones I will mention below.

A 200 bucks rugged phone from the highest selling android smartphone maker – Samsung. With a 16GB internal memory space and upto 128GB external memory card slot, this S5 Active rugged version is powered by Android 4.4.2 (KitKat) operating system. The screen size is only 5.1” which bit smaller when comparing to other smartphones, but remember this is a rugged one and this screen size is the biggest on the genre. The phone comes with Green, Grey and Red colors (Grey is the most expensive – Green is the weirdest). The phone comes with a wide range of sensor on it, such as Accelerometer, Barometer, Geomagnetic Sensor, Gesture Sensor, Gyro Sensor, HRM Sensor, Light Sensor and finally common Proximity Sensor. The cameras on the phone are 16MP on the rear and 2MP on the front. The rear camera allows you to record videos at UHD 4K (3840 x 2160) at 30FPS. The phone is definitely dust and waterproof as all the rugged ones. The battery can hold up for 77hrs of music play time or 12hrs with 4G on. With the ultra-power saving mode turned on, the battery will last about 24hrs even it is on 10% (with no hard work – only answering or taking calls). Another good thing is the automatic brightness control. It will help you to read your phone in bright sunlight (just don’t try to read the sun via it). The only problem is the phone is very bulky. But of course all rugged phones are bulky, despite all of them this phone is covered with tough plastic casing and it is considerably bulky for the user’s hand.

Okay then, you just read the older version of this phone – S5 Active. Samsung Galaxy S6 Active is the rugged version of powerful S6 smartphone but not so powerful as S6 is and definitely powerful than S5 Active. With the same 5.1” display size, S6 Active is powered with Android 5.0.2 (Lollipop) operating system. The phone comes with a 32GB internal memory which is twice bigger internal memory than the S5 Active. The bad news is this has no external memory card slot (you will have to live with the 32GB memory). The phone is dust-water resistant and comes with the automatic brightness control tech. the phone is armed with 2.1Ghz Exynos 7420 Octa-core 64-bit processor. The mighty 3500mAh lithium battery will keep you uninterruptedly on your work and with the fast charging mode it will charge 50% of it from just 40mins (24hrs talk time on 100% charge – the battery is non replaceable). The cameras on the phone are 16MP on the rear and 5MP on the front. There is a new feature called Multi Window mode that allows you to do two works at the same screen – same time. A good thing about the phone is it is not over-bulky and not too annoying for the hand. Obviously there is a screen protector attached to the phone and you will get a spare one along with the phone.

To be honest, this is a bit strange brand name even for me. However, this BLU rugged phone is also dust–water and shock proof like all the rugged ones. You can see through the 5” Corning Gorilla glass 3 display and you can snap high quality photos with the 8MP rear camera and 5MP front camera. The internal memory is 16GB and you can insert upto 64GB memory card to the phone. The phone is equipped with a fast and efficient Mediatek Quad core 1.5 GHz 6737T processor. Powered by a 3000mAh battery, you will be able to do your work without any worries with this phone. The phone comes with the Android 7.0 (Nougat) operating system which is the latest version to date (there are some pre-installed BLU apps which is almost unnecessary – try uninstalling them to improve your performance).

First of all, the name says everything! And second this is not the phone that was used by Peter Jackson’s King Kong (King Kong only invented the gorilla glass – just kidding). This CUBOT rugged phone is dust–water proof and equipped with a 4400mAh mighty battery and a 5” LONGJI crystal clear – tough as diamond screen (not really tough as diamond – it is not even gorilla glass – again kidding). The battery power will help you to do any long work without any interruptions (best for hikes). The phone is powered with latest Android 7.0 (Nougat) and it is compatible with 3G Dual-SIM technology (placing the SIM is horribly different). Though the product description says the phone is with MT6580 Quad-Core 1.3Ghz processor and the 2GB RAM and allows you to enjoy anything without any lags or frozen screens but the users say that the phone is bit lagging. There is only a 16GB Internal storage on the phone and you can’t use any external memory cards. Also the front camera is amazingly 8MP while the rear is 13MP that allows you to capture HD videos at any time. With the pre-installed magnetic sensor and a compass app, you will be able to find your way home from wherever you are. If you found the phone not water proof, it may because of a factory fault or a shipping fault or something. Just be quick to inform the seller and claim the warranty or get your money back.

The CAT is a world renowned brand name for constructional vehicles, equipment and lot other things. After all of that they brought their name to the rugged smartphone world too by introducing CAT phones. Their products are high quality and well finished – probably the best rugged phone maker in the world (maybe the multiverse too).

This Caterpillar S40 is a water proof – highly durable rugged phone specially made for withstand in any kind of rough environment. With an ultra-bright 4.7” IPS screen covered with Corning Gorilla Glass 4 you will be able to watch through your display without folding your eyes. The powerful battery that is used in the phone will allows the user to talk 18 straight hours and it can hold 35+ standby days with no big deal.

This is the heaviest rugged phone in the list which marks 8.6 pounds as its weight. The phone comes with two cool colors to choose; eagle silver or shark grey. As the name says in the beginning, the phone is all unlocked and you can use this phone anywhere in the world. Also you can use two SIMS at one time because the phone supports Dual-Nano-SIM mode. Amazingly the phone is equipped with a 6GB RAM and a 64GB that-is-enough internal memory + memory card slot that can be used to fill upto 128GB. The phone is controlled with the latest Android 7.0 (Nougat) operating system and it is fueled by a mighty Li-Polymer 4180mAh long lasting battery and a super-fast MTK6757 Octa Core up to 2.3GHz. The front camera is 8MP and the rear one is 16MP which is also good. Also the phone supports fingerprint unlock facility. The screen of this Blackview BV8000 Pro is 5” Full HD IPS LED covered with a Corning Gorilla Glass 3. Since the phone is really waterproof it can survive 1.5 meters down for 60 minutes (as the product info says – but lots of users tried that and succeeded). When talking about the drop protection, many users intentionally throw the phone down to a solid surface to just watch “what will happen?”. 90% found the phone unscratched (the product info says that it survived a 30-meter drop – I don’t know if that is true because 30M is way too high). Also in addition to the phone, you will get a 12-month warranty and a lifetime technical support (except man-made damage to the battery, screen, motherboards). I can guarantee that this is the best rugged phone you can get for 300 bucks.

This CAT S41 is the most expensive rugged phone in this list and the one that I’m going to finally explain to you about. Powered by a 5000mAh very powerful Lithium Ion non removable battery this phone allows its user to talk nonstop 38hrs (in a 3G network) and it will last about 44 days on standby mode. As all other rugged phones, this one is waterproof too and it can survive for nearly 60mins in 1.8M (6ft) deep water. The display is just 5” Full HD (1920×1080) and it is covered with tough as nails (or tougher than nails) Corning Gorilla glass 5 screen protector. You will be able to read your phone even you are in the bright sunlight. You can record Full HD videos at 30FPS using the 13MP autofocus rear camera and snap high quality selfies using the 8MP front camera. The 3GB RAM in the phone allows you to do several works at one time and you can store maximum 32GB data in the internal storage. If you want more, feel free to use upto 2TB (2048GB – 2Terabytes, am I clear?) external memory. The phone is controlled by the latest Android 7.0 (Nougat) operating system and it runs on a Octa-core 2.3 GHz processor. Since the phone weighs only 2.37 pounds and it has not much bulk in it, this phone feels very soft to the user’s hand (soft means when comparing to other rugged ones). Even this phone is priced at 450 bucks this phone does its job at the best.

Well then, those are the seven rugged smartphones that I said I’m going to tell you about. I think now you know which rugged phone fits you the most. Just roam through this article and compare all specifications along with their prices. And be sure that you use your rugged phone as your adventure partner not your business partner (some use this as their business partner too. But that is not what I’m talking about here).

If you are a hard worker or adventure type guy and still don’t have enough bucks to afford a rugged phone. Try a case!

NOTE: Even all of these phones are waterproof, I don’t think it is a good idea to use them in salt water (like in the sea). 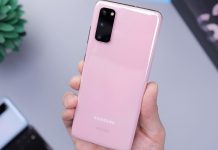 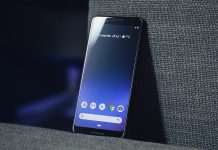 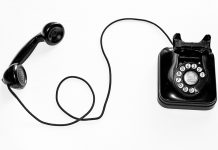 Hubble Phone: A few steps ahead from next generation technology!

www.BestCaseEver.com is a participant in the Amazon Services LLC Associates Program, an affiliate advertising program designed to provide a means for sites to earn advertising fees by advertising and linking to amazon.com.

Top 10 Must Have Protection Cases for OnePlus 6 under $15

Must Have Accessory Collection for iPhone 8 Plus (PRODUCT) RED