How good is the Apple Watch Series 6?

When it comes to Smart Watches, there are two main decisions you can make. Those are either buying an Apple Watch or a Samsung Galaxy Watch. Today we are going to take a look at the latest Apple Watch Series 6, what is good and what is bad about it!

What is new about Apple Watch Series 6?

Well actually the first best thing about the Apple Watch Series 6 is its display. The display that comes in Series 6 is crystal clear and brighter than the previous ones. Other than that it comes with the always on display feature. So you don’t have to press a button or to touch the watch to see the time. I have seen people saying that the battery life of the Series 6 is same as the previous one, which lasts for 18hrs straight. It is actually a significant improvement with the always on display feature and a two times brighter display comparing to the Series 5.

There is another special feature that comes only in Apple Watch Series 6 and that is Blood oxygen (SpO2) monitor. If you are very concerned about your health status, this feature might actually help you a lot to keep it in a perfect way. When you are exercising or doing something exhausting, you can use the Blood oxygen (SpO2) monitor to measure the Oxygen level in your blood. You just have to run the app and keep your hand steady for 15 seconds. Medically it is healthier if the level is 95%-100%.

How can you customize your watch?

Mainly, there are two types of Series 6 Apple Watches called GPS version and the GPS + Cellular Version. The GPS version only works with an iPhone because it doesn’t include a cellular chip. The Cellular version can be used even without an iPhone.

If you are buying directly from the Apple website, they will offer you numerous wrist band types, cases, colours, sizes and even the case material.

For those who love to use different colours at different occasions can buy a carbon fibre casing (black/grey) for the Series 6. The case will not affect the smoothness of the watch in anyway but will cost about 40$ (I’m pretty sure if you can buy a Series 6 watch this won’t be a big deal). 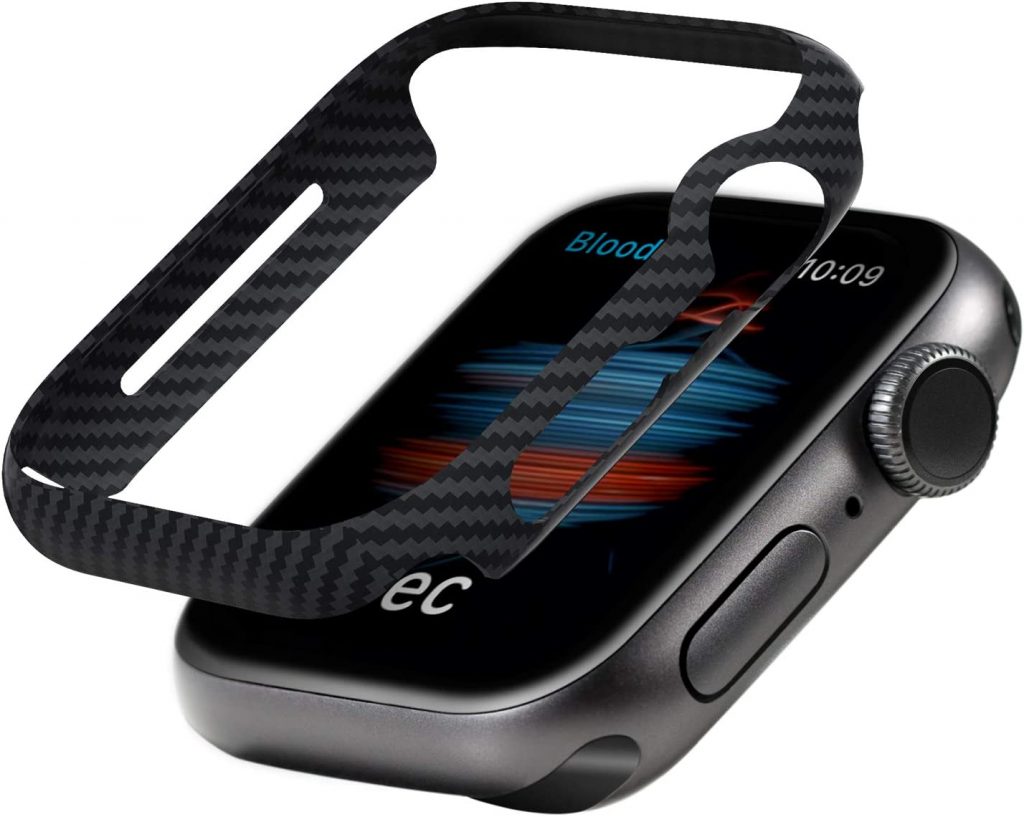 Note: There is a collection of four types of Apple Watches that you can buy. Those are,

There are two buttons in the Apple Watch Series 6. The major button is the Digital Crown, and there is another button (multifunctional) lower right corner. You can access to all your apps by pressing the crown, and you can zoom in and out just by rotating the crown. Siri can be activated by long pressing the Crown button. The other button will help you to show the opened app list (one press), by holding it you can access the Power menu, which can be used to Power off the watch (and to access the Medical ID and Emergency SOS). Press the both buttons at the same time and you will have a screen shot which can be seen in your iPhone gallery.

Swiping down in the clock screen will show you all of your notifications. By swiping down the watch you will gain access to several pretty important icons such as Wi-Fi, Do Not Disturb, Theatre Mode, Battery Level indicator, Walkie-Talkie, Sleep Tracker (we’ll talk about it later), Airplane Mode, etc.

The Apple Watch Series 6 is really smooth and efficient when it comes to the performance. The shorter animations give a faster feeling when using the touch and buttons. As I said before, the battery will hold up to 18hrs and it will take about 1hr and 30mins to charge it 0% to 100%.

The Sleep Tracker featured in the Series 6 will helps you to schedule your work and remind you to sleep enough (enough means healthiest amount). That is a huge advantage to people who likes to work on clock.

I don’t know for sure if you can call these disadvantages, but I’m sure that some people will see these as reasons to buy a Galaxy Watch.

The charger – you will not have a wall adapter with your Apple Watch. Just the cable, so you have to buy an adapter externally. I don’t know exactly why Apple do this but it is pretty dumb for sure.

Also if you don’t like plugging and unplugging the charger you can buy a wireless charger for several dollars. Some wireless chargers have the special feature to lift up the charging port to charge the watch in a vertical way. So you can turn the watch to your side and use it as an alarm clock.

Here is a suitable wireless charger for your watch

The speakers – actually there is no problem with the speakers but there is a problem with functioning the speakers. You cannot use those speakers to listen to music from the watch. I know it may be an unnecessary thing to mention but I did it because the Galaxy watch can do it.

So these are the so called disadvantages in Apple Watch Series 6. As I said before many of you won’t see them as real disadvantages, but still it could be for some.

I think now you know whether you want to buy an Apple Watch Series 6 by reading the description I did above. I have to tell you that I haven’t disclosed every single function in the watch because it is pretty long and an almost impossible thing to do. Finally, all I have to say is Apple Watch Series 6 is a product with some pretty cool, awesome functions and an amazing build quality. Definitely worth buying for the current price!

Buy it from here

The New Apple iPhone 12 and Accessories

The New Apple iPhone 12 and Accessories

As an Amazon Associate I earn from qualifying purchases.